With a record setting number of entries from more than 90 financial brands, we are proud to announce that our work for CFA Institute has been named as a winner at tonight's virtual FCS Portfolio Award ceremony, picking up a Bronze in the 'Corporate Image Social Media' (non-paid) category.

As a key part of campaign strategy we created short films to amplify Paul Smith's messages, keeping him visible to his followers, and growing CFA’s online platform. Then, with Marg Franklin’s appointment as the first woman CEO & President of CFA Institute, there was an established expectation among the investment management community and CFA charterholders to be able to have visibility of and be able to engage with Franklin as well.

By proactively pushing individual messaging onto LinkedIn and Twitter with highly engaging content, we helped to cement their role as industry influencers – go-to people for peers in the industry as well as the financial press – while initiating new meaningful relationships with connections and followers, facilitated by personal online conversations.

At the start of the campaign for Marg Franklin, one goal was to more than double Franklin’s LinkedIn followers to 10,000. As of this writing, our campaign has already tripled her original follower count to over 17,000 since late 2019.

If you would like to know more about how we can amplify to your personal or corporate brand, please contact Duncan Shaw in New York, Greg Hobden in London or Gigi Yung in Hong Kong. 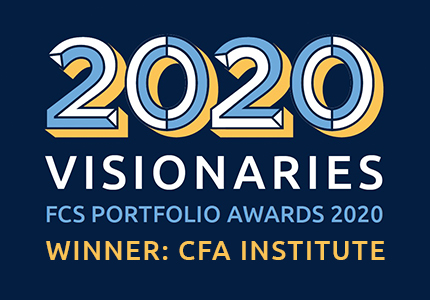 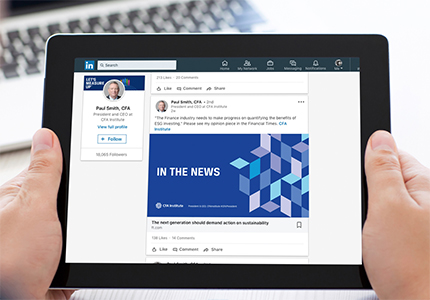