Living client CFA Institute (CFAI) came to us with a new challenge to expand the impact of their executive communications, using film to enhance their thought leadership. As the leading global non-profit association for investment professionals, CFAI wanted to create a film series focused on leadership. The films would spotlight interviews between Lutfey Siddiqi and various guests who had effected significant change in the organisations they’ve led.

Lutfey was new to CFAI, joining in January 2021, to serve as a member of the Executive Leadership team and Managing Director responsible for Global Regions and Society Relations. Based in Singapore and London, he is also a Visiting Professor-in-Practice at the London School of Economics Centre for International Studies. Lutfey brought a true worldview to the project, with the ambition of moderating leadership conversations that would reach and inspire emerging and incumbent leaders around the world.

Living’s creative team set out to create a brand worthy of this goal. Appreciating the somewhat saturated market for corporate film content, we sought to differentiate this series in name, design, and purpose. Following an in-depth discovery with Lutfey and a team of CFAI marketers, we proposed the name “Change It Forward” to reflect the goal of the film series to use real-life stories to instruct and inspire leaders on how to effect meaningful – and oftentimes, bold – transformations within their organisations.

We created a distinctive and dynamic mark that references the logo icon of CFA Institute, but with an emphasis on ‘forward-leaning’ angles. We also added a sharp cut to the animated stripes to indicate ‘change.’

We then wrote the messaging around the purpose of the ‘Change It Forward’ film series for use in online promotions, guest communications, and film production, ranging from social media posts to introductory scripts. Our team directed the editing of the first three half-hour episodes, as well as the initial teaser film, and enhanced each film with animated chapter dividers and upbeat music throughout.

Our clients are thrilled with the production values we brought to this project overall – from the naming to the messaging to the films themselves. Along with CFA Institute, we have high expectations for this video series to help leaders think about how to ‘Change It Forward.’

If you would like to use film to bring your thought leadership to life, please contact Duncan Shaw in New York, Greg Hobden in London or Gigi Yung in Hong Kong. 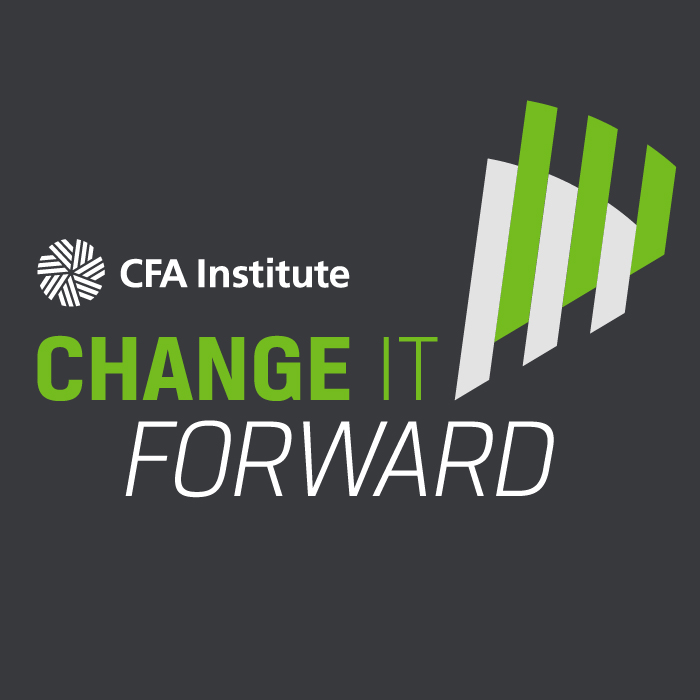 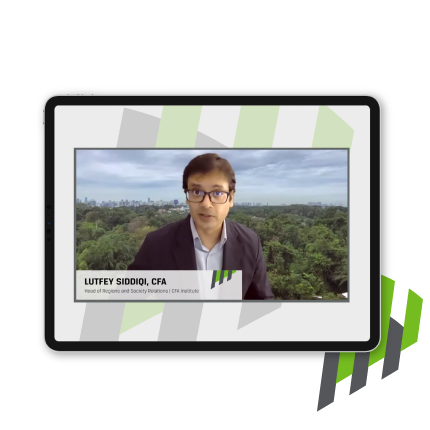