Cutting through the clamour with clarity

Global asset manager AB (AllianceBernstein) was coming to market with its first foray into ETFs (exchange traded funds). Despite its well-deserved reputation as a research-driven leader, with particular strengths in munis and fixed income, entering an overcrowded ETF market would be challenging. AB did not want its new funds to be seen as an afterthought or to have its timing questioned. 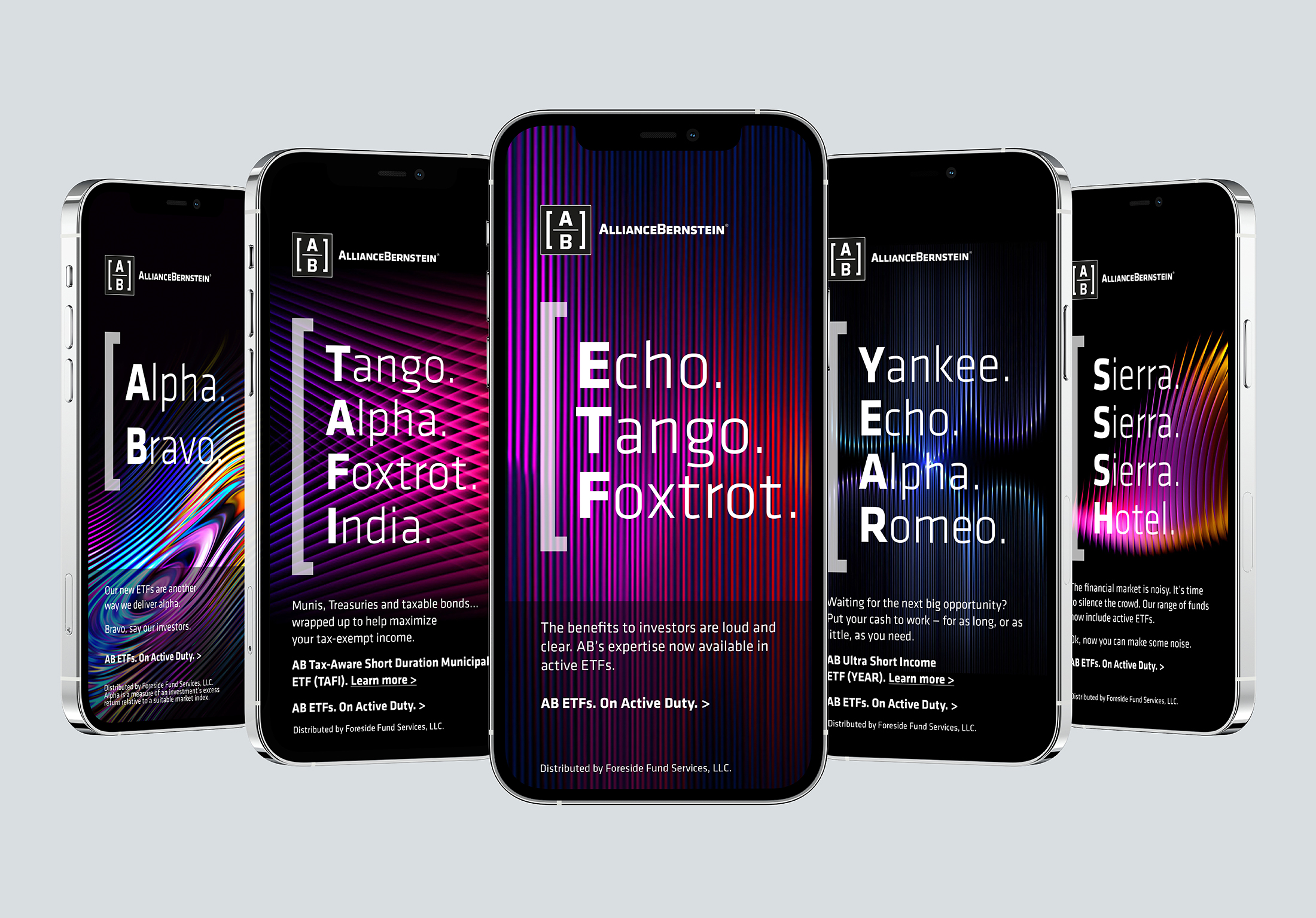 While a full family of ETFs was planned to roll out in the future, the 2022 launch would include only two actively managed fixed income funds, both designed for short duration investing and one offering meaningful tax benefits. How then to leverage AB’s corporate reputation as a strong active manager and be heard above the clamour of a noisy marketplace? A disruptive campaign with a clear message would answer the call.

To successfully launch AB’s two new ETF funds in a highly competitive market, Living set about creating an engaging and disruptive campaign by undertaking an accelerated Discovery process. We undertook a competitor review of six leading ETF providers identified by AB. With our proprietary Living Ratings as a foundation, we analysed these companies’ value propositions, supporting ETF brand messages and online content, visual brand elements and advertising media. We used this analysis to identify white space in the competitor landscape where AB’s distinct advantages could stand out. 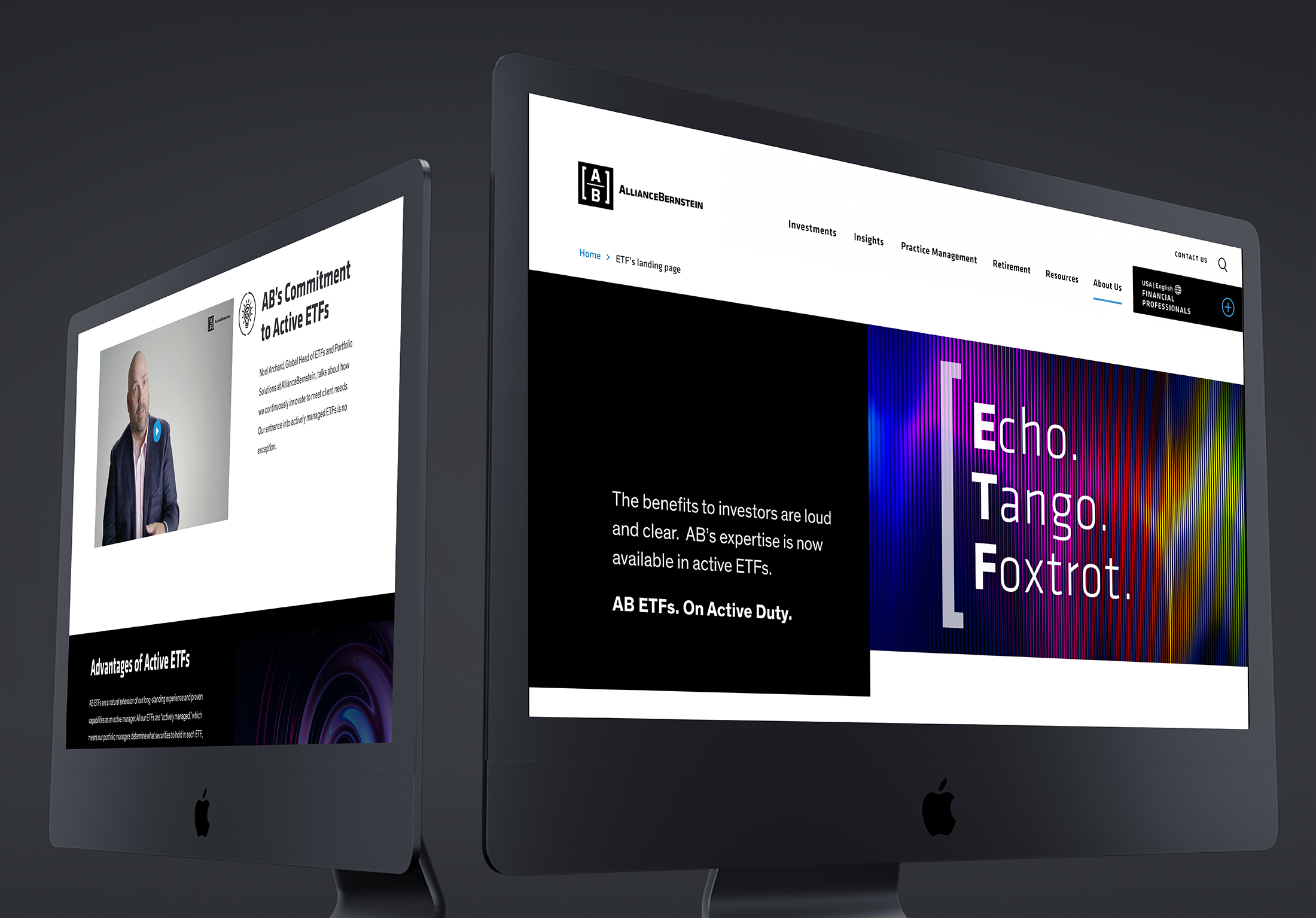 We then conducted internal workshops, bringing together the EFT leadership team, fund managers and corporate marketers in a set of interactive, collaborative conversations, where the team shared the insights of their experience and expertise. We followed up these discussions with a series of one-on-one interviews with key executives to drill down on our initial set of findings from the workshops and competitor review.

Distilling and synthesising all this input, we crafted a messaging strategy focused on four principal attributes that would define AB’s approach to the ETF market: Active. Responsive. Research-driven. Human. These terms became the pillars of our recommendations for a campaign that would be smart, confident and disruptive, allowing AB to stand out in a crowded and highly competitive space. 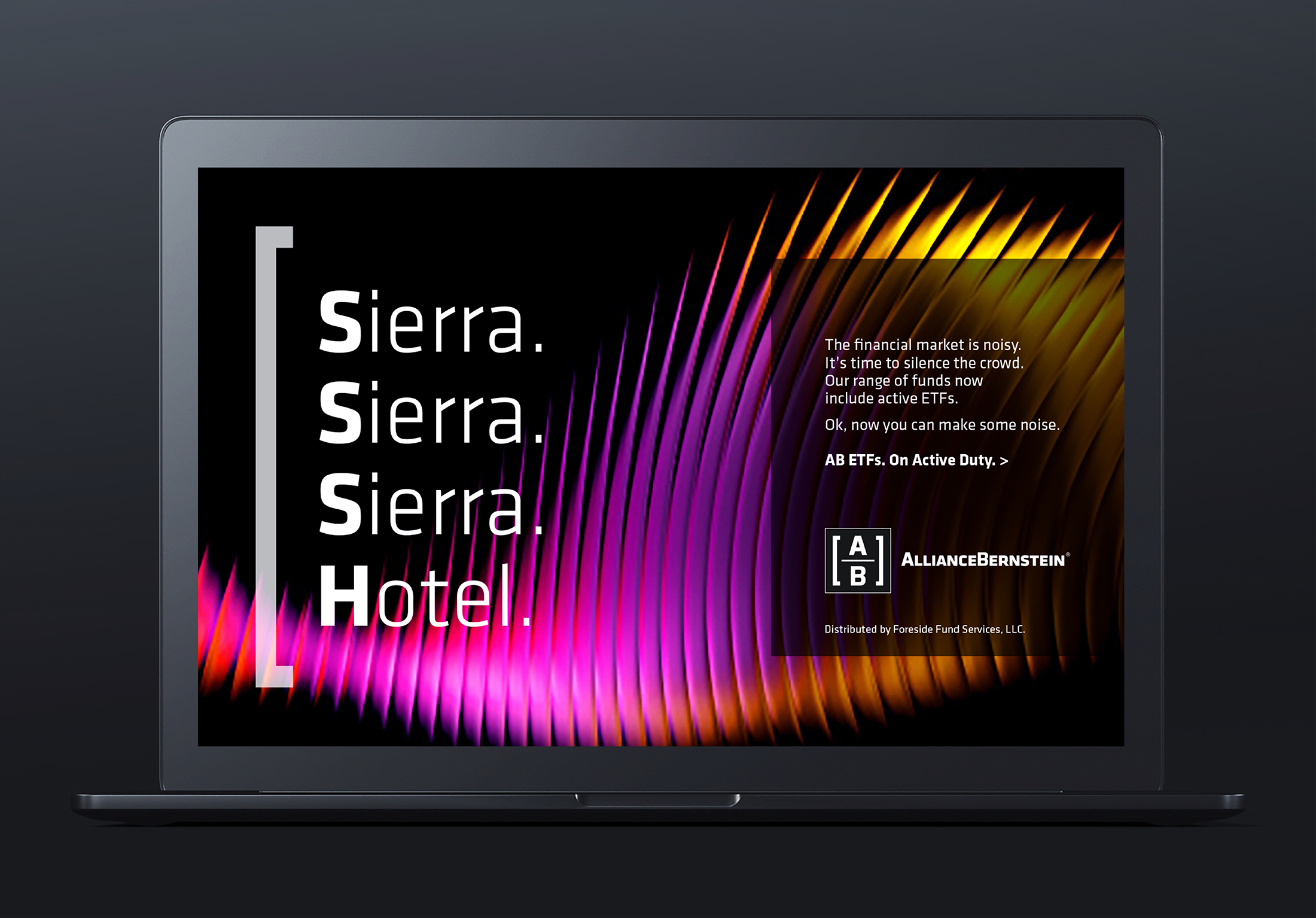 To “cut through the noise and communicate with clarity,” our creative team designed a visual language for the campaign using the international Radiotelephony Spelling Alphabet (e.g., Alpha, Bravo, Charlie). We created a series of headlines that spelled out keywords (ETF, ROI, Edge, etc.) and the tickers for AB’s first two ETFs (TAFI, YEAR). The art direction for the campaign was inspired by soundwaves and radio frequency, giving the visuals a colourful digital and dynamic perspective.

To support the launch, we delivered a full suite of digital, social and print advertisements, the campaign landing page, assets for an animated video, paid search copywriting, and a complete campaign playbook for use by the AB ETF and marketing teams. In addition, we provided product talking points for AB’s sales team that set the stage for future conversations as well. Armed with an integrated product campaign whose creative was as distinctive as AB’s own approach to active management, the AB ETF team successfully launched its first two funds – with confidence and clarity. And the messaging clearly served as a runway for the launch of additional funds in the future. The campaign expanded AB’s recognition in the fund world, with ETFs now part of its domain. 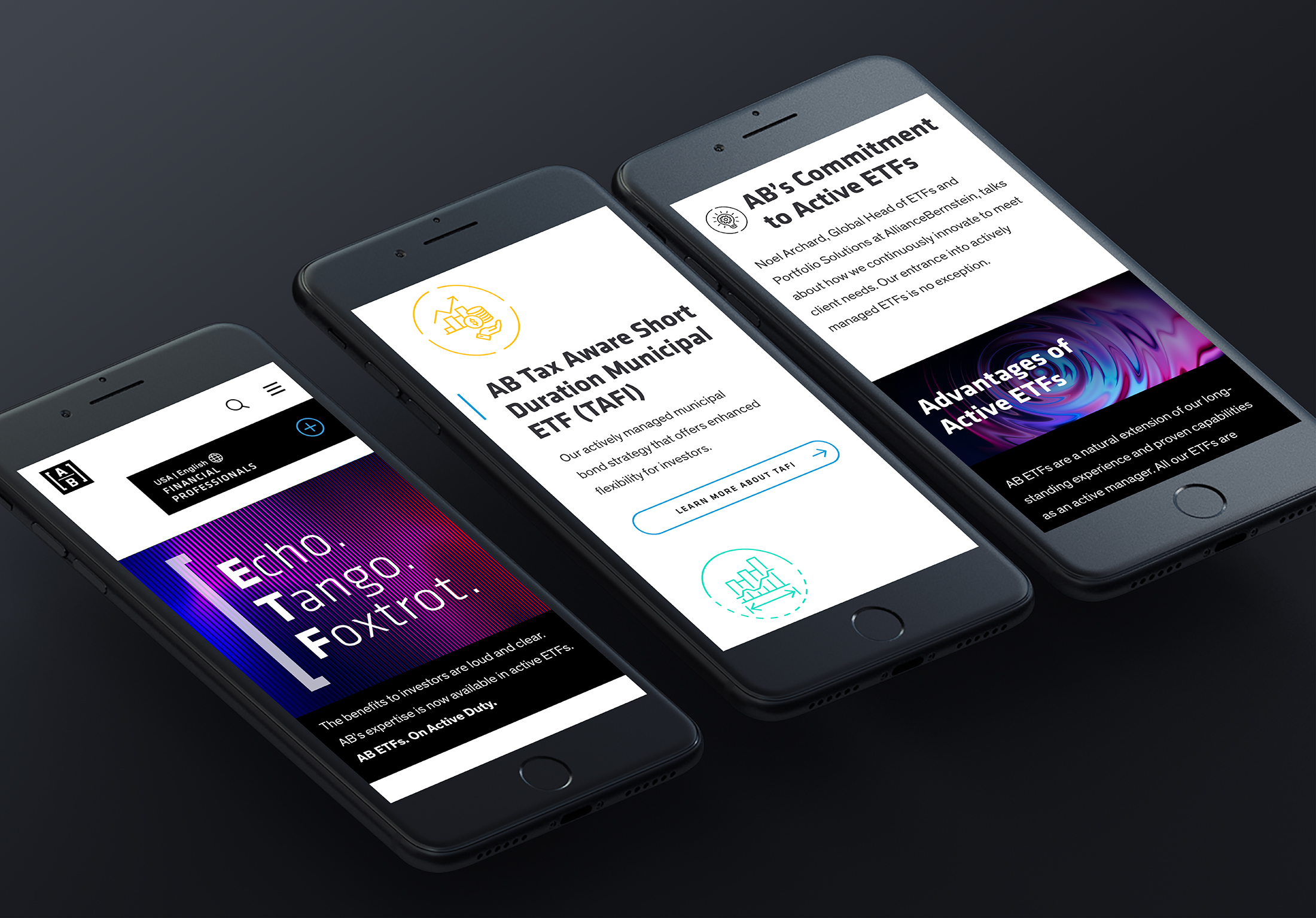